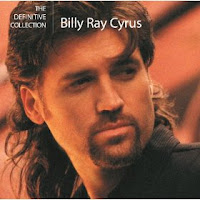 A country music song, “Achy Breaky Heart”, is written by Don Von Tress. Originally titled “Don’t Tell My Heart” and performed by The Marcy Brothers in 1991, its name was later changed to “Achy Breaky Heart” and performed by Billy Ray Cyrus on his 1992 albumSome Gave All.
As Cyrus’ debut single and signature song, it made him famous and has been his most successful song. It became the first single ever to achieve triple Platinum status in Australia and the 1992’s best selling single in the same country.
In the United States it became a crossover hit on pop and country radio, peaking at number 4 on the Billboard Hot 100 and topping the Hot Country Songs chart, becoming the first Country single to be certified Platinum since Kenny Rogers and Dolly Parton’s “Islands in the Stream” in 1983.
The single topped in several countries and after being featured on Top of the Pops in the United Kingdom, peaked at number 3 on the UK Singles Chart. It remains Cyrus’s biggest hit single in the USA to date, and his only one to reach the top 10 of the Billboard Hot 100.