In early February 2016, early ticket purchasers of the upcoming summer’s Eaux Claires Music & Arts Festival were sent a Deux cassette mixtape, including this Bon Iver B-Side, “Haven, Mass”, among other rarities and unreleased tracks from artists who would be on the festival’s lineup announcement the following week. 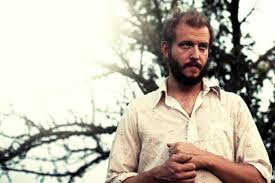 On Twitter, Justin Vernon – the creator and co-curator of the festival set in his hometown of Eau Claire, Wisconsin – revealed that it was a “very old song,” recorded around 2009-2010.

The song was recorded during the sessions for Bon Iver’s eponymous sophomore album. Its title clearly harkens back to that album’s motif of conflating places, times, and people into “epochs” – especially in the stylistic resemblance to the titles of “Minnesota, WI,” “Hinnom, TX,” and “Lisbon, OH.”

Musically, “Haven, Mass” fits the mold, as well; its autotuned vocals and backing drones match the the more electronically influenced sound that Vernon released to the world in 2011 through Bon Iver, and his “Fall Creek Boys Choir” collaboration with James Blake.

Peddle all the marble
Tell them all, “Be missing me”
Fought from the mainstay
Unhung from a halter
I am back from Baltic, now
It’s been raining

[Chorus] Now I’m having
You are haven, dear

[Chorus] I am having
You are haven, dear

(I am having
You are haven, dear)